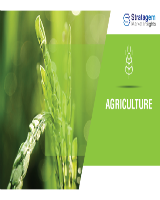 Increasing awareness among farmers about benefits of agricultural biologicals compared to conventional pesticides is expected to propel growth of the global biologicals testing market over the forecast period. Agricultural biologicals help protect crops from pests, weeds, and diseases and improve nutrient uptake and yield. Moreover, increasing demand for organic food is expected to boost growth of the global agricultural. For instance, according to the 2019 Organic Industry Survey released by the Organic Trade Association in May 2019, the U.S. organic market in 2018 reached US$ 52.5 billion, up 6.3 percent from the previous year.

Increasing development in RNA interference (RNAi) technologies is also expected to aid in growth of the global agricultural biologicals testing market. Biological signals can be used to trigger RNAi for specific genes that can result in better disease and pest resistance, increased yields or improved quality. Moreover, implementation of stringent regulations set by the government in agriculture is expected to boost the global market. For instance, in the U.S., in March 2019, the Pesticide Registration Improvement Extension Act of 2018 (PRIA 4) reauthorized the Pesticide Registration Improvement Act (PRIA) for five years, through fiscal year 2023.

Major players in the market are focused on adopting M&A strategies to expand their product portfolio. For instance, in January 2018, SGS acquired Vanguard Sciences Inc., a provider of food safety testing services in the areas of product testing, research & development and food safety consultation. Moreover, in October 2018, Eurofins Scientific acquired EnvironeX Group Inc. (EnvironeX), from Marc Hamilton and Persistence Capital Partners to strengthen its position in the Canadian environmental and agrifood testing markets.

Major players in the market are focused on adopting partnership strategies to expand their product portfolio. For instance, in March 2019, SynTech partnered with Hunan J&F Testing Company, under which Hunan J&F will specialize in laboratory product chemistry, including environmental fate and ecotoxicology studies.