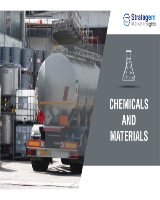 A 360-degree camera or omnidirectional camera is a camera having a field of view that covers around the entire sphere if not full circle in the horizontal plane. Omnidirectional cameras are critical where large visual field coverage is required such as panoramic photography. These cameras find applications in video surveillance at airport terminals and railway & metro stations, city surveillance, video surveillance at the university campus, etc. The global 360 degree camera market focuses on six regions namely North America, Latin America, Europe, Asia Pacific, Middle East, and Africa. The global 360 degree camera market is expected to witness significant growth during the forecast period, owing to high demand for cost-effective cameras.

Among regions, North America is expected to witness significant growth in the global 360 degree camera market during the forecast period, followed by Europe. This is owing to increasing demand for 360-degree cameras in virtual cameras. Furthermore, Asia Pacific is expected to register a lucrative growth rate over the forecast period, owing to rising disposable income across the region.

Major companies in the market are focused on product development, in order to gain a competitive edge in the market. For instance, in March 2017, Samsung introduced a new Samsung Gear 360, a 4K resolution 360-degree camera.