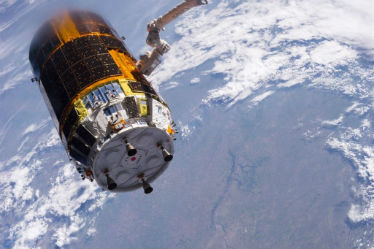 The launch which was delayed due to a fire breaking out at the launch pad finally saw fruition on 24th September 2019. The vehicle carries payloads weighing over 4 tons, which include a prototype laser-communications system, and lithium-ion batteries. Mitsubishi Heavy Industries (MHI) is the chief operator of the H-IIB rocket which launched the cargo ship to the International Space Station.

Prior to the launch, the officials had released a statement regarding unusual low wind activity at the launch site. "We have taken corrective measures and have confirmed normal functioning of the rocket and facility," MHI mentioned in a statement. The unpiloted transport vehicle, H-II Transport Vehicle-8 (HTV-8), is scheduled to arrive on 28th September 2019, at the Harmony module of the International Space Station (ISS). Astronauts will then be tasked with unloading the payloads, and the batteries will be deployed for the purpose of future space walks.

NASA plans to test the lithium-ion batteries with a series of spacewalks in October 2019. The new batteries will be replacing current nickel-hydrogen batteries which are powering the ISS’ P6 truss segment. In addition to powering the research and living quarters in the space station, the new batteries are also expected to serve an important purpose in future commercial projects.