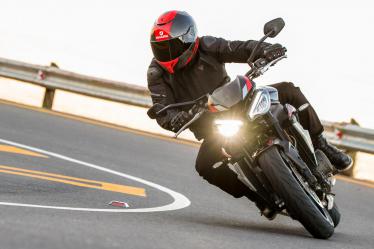 In February 2020, Triumph, UK-owned motorcycle manufacturer unveiled BS-VI compliant Street Triple R in the global automotive market. The BS-VI Street Triple R will feature cosmetic as well as mechanical changes. The Street Triple R will be available in three different variants such as RS, R, and S. After upgrading the RS and S variant the company has now come up with the mid-spec R variant to meet the government suggested BS-VI (Euro 5) emission norms. Now, Triumph India is planning to launch the all-new Street Triple R on August 11 in India.

The launch will take place on Triumph’s official social media channel due to the coronavirus pandemic situation. Moreover, the company will reveal the price details of the street fighter during the launch. The BS-VI Street Triple R sits below the Street Triple RS and will replace the Street Triple S as the base model for India. The Street Triple R will be equipped with a three-cylinder 765 cc engine that delivers 118 PS at 12,000 rpm and 77 Nm of peak torque at 9,400 rpm. The unit will be paired with a 6-speed transmission system with slip and assist clutch, and a bi-directional quick-shifter as standard fitment.