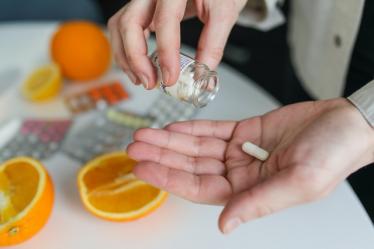 According to the researchers, the capsule can only be used once, and costs around a dollar to manufacture.

The term gut microbiota refers to the microbes living in intestines. A person has around 300 to 500 different species of bacteria in their digestive tract. While some bacteria are harmful to health, many are incredibly beneficial and even necessary to a healthy body. Now, the research team from Indiana's Purdue University has developed a swallowable capsule that collects bacteria from specific locations within that tract, providing more information. The research was published in the RSC Advances journal.

The gut bacteria also reveal a lot about a person's health. The team has now found a new and promising way that acts like a colonoscopy, except that instead of looking at the colon with a camera, the technology takes samples of bacteria. The technology can also move across the GI tract (a series of hollow organs joined in a long, twisting tube from the mouth to the anus), not just the colon. This tract includes the rectum, small intestine, liver, pancreas, gallbladder, stomach, esophagus, and mouth. Doctors analyze the feces of a person and see what kind of bacteria live in their digestive system.

However, there is no way to know if those bacteria came from the rectum, stomach, intestine, or any other place. This is why the orally administered capsules are designed for. The capsule is made of an absorbent hydrogel and it dissolves when it is exposed to the pH of a specific part of the GI tract. Once dissolved, the hydrogel draws in the digestive fluid that contains bacteria. The capsule then travels through the digestive system, eventually being passed along the feces. The gel is then taken out and examined to see which bacteria are present. The capsule can only be used once, and costs around a dollar to manufacture. The research has shown that the capsule could successfully sample bacteria within an hour that are common in the intestine.